It won't be long now and all the good ideas will be gone. 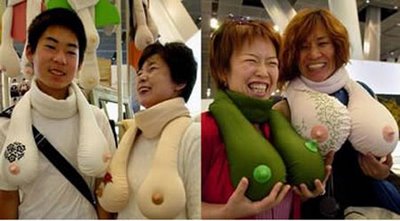 How to Identify Where A Driver Is From.

3. One hand on wheel, one finger out window, cutting across all
lanes of traffic: .

4. One hand on wheel, one hand on newspaper, foot solidly on
accelerator: .

5. One hand on wheel, one hand on nonfat double decaf
cappuccino, cradling cell phone, brick on accelerator, with gun in lap:
.

6. Both hands on wheel, eyes shut, both feet on brake, quivering in
terror: , but driving in .

7. Both hands in air, gesturing, both feet on accelerator, head
turned to talk to someone in back seat: .

8. One hand on latte, one knee on wheel, cradling cell phone, foot
on brake, mind on radio game: .

9. One hand on wheel, one hand on hunting rifle, alternating
between both feet being on the accelerator and both feet on brake,
throwing McDonald's bag out the window: .

11. Two hands gripping wheel, blue hair barely visible above
windshield, driving 35 on the Interstate in the left lane with the
left blinker on: .

"What the hell was that for?" the driver asked.

"You're in , son," the trooper answered. "When we
pull you over in , you better have your license ready
by the time we get to your car."

The trooper runs a check on the guy's license--he's clean and gives
the guy his license back. The trooper then walks around to the
passenger side and taps on the window. The passenger rolls down
the window and "WHACK," the trooper smacks him on the head
with the nightstick.

"What'd you do that for?" the passenger demands.

"I know you New Yorkers," the trooper says, "two miles down the
road you're gonna turn to your buddy and say, 'I wish that asshole
would've tried that shit with me!"

Great jokes! Don't fret, there are tons of people working tirelessly day in day out to make sure you and I have something to laugh at.

Good again Peter, You must search all day and night to come up with this stuff.

LOVE that NC joke, Peter! and what the heck is that photo above? What are they used for - or am I just dumb?

Loved the joke, but know alot of Rednecs that would have said they same as the New Yorkers.

IS the picture of the around the neck, boobies suppose to be scarves?

You need a pic of someone eating one of those "BIG" ice cream cones & wearing one of these booby scarves.

About the wheel chair on the comments. I clicked it, hoping to hear real monkeys & I was disappointed. ;)

As a former resident of NJ, I can say with a certain amount of authority that 2 (NY) & 3 (NJ) are virtually synomous.

Btw, Peter, thanks for welcoming this blogger, err shoe, into your mix here. :)

Those neck pillows are a hoot! The jokes were great too. I needed the laughs, thanks!

Have a great day!

You tagged me twice, Pete. Born in West Virginia and now living in Boston.

Great jokes Peter...I loved all of them.
Sandy :)

Hi Peter ~~Thanks for the comment. It
must have been the 2 per cent that had the servants. And who compiled the list and when?
Thanks for putting the 2996 thingo on.
All I have learnt so far that this guy
was 29 and a New Yorker. I have a post in mind for Sept 11. Will look for more info. Take care, Merle.

Peter, great ones. I, too, liked the NC joke.

13. One hand on the wheel, hip hop music on radio, driving 80 in 55 speed zone, passed by cop(sans red lights), talking on cell phone, looking over shoulders left and right prior to passing, changing lanes whenever the opportunity appears: Phoenix, AZ?

Hale sent me. I'll be back. This kind of humor needs to be read more often.

Those scarves are a hoot and a half!

Great jokes! Thanks for sharing!

Peter ~ Loved the DRIVERS jokes. The Ohio-ian driving in California is right-on. I would add to the Aussie one; Driving on the WRONG side of not only the ROAD, but also the CAR! Plus it would be a "XXXX Gold" instead of Foster's (We heard then send all the Foster's to the states) and that they save the "GOOD stuff" for you guys! ~ jb///

holy crap i'm officially a fan of your site.
found ya thru jack's site, and damned are you good.... well, not at marriages according to your bio - but at least in that arena you'd be considered "consistant!"

If you'd be so kind to check out and hopefully smile over this next Monday's posting on my http://www.fuzziechadsrule.blogspot.com site, perhaps you would consider enjoying the animal mayhem(ham?) and fun that I attempt to bring to bloggervillians everywhere! I'm dying to see how many votes I can eventually work into each weekly vote - cuz I know that people everywhere would be smiling and laughing! woot woot!

take care, i'll be back, and keep up yer brilliant work on yer site!

My very best from the pacific northwest,

I heard that trooper moved to Texas the other day.
Where were they wearing those neck warmers? It didn't look very cold, wherever.
.. 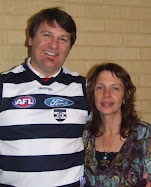